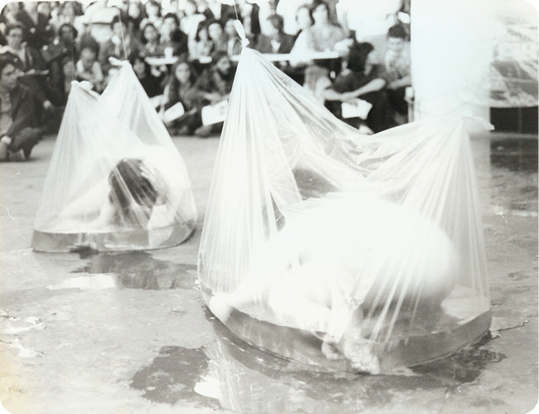 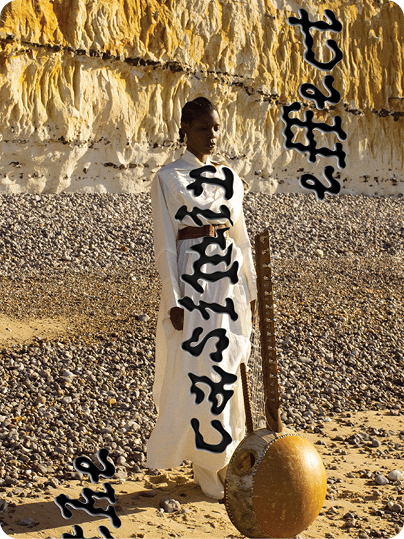 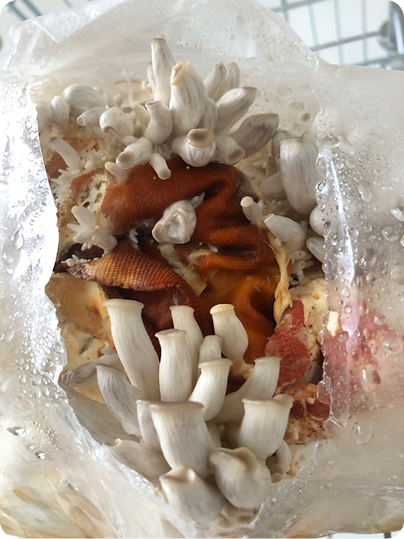 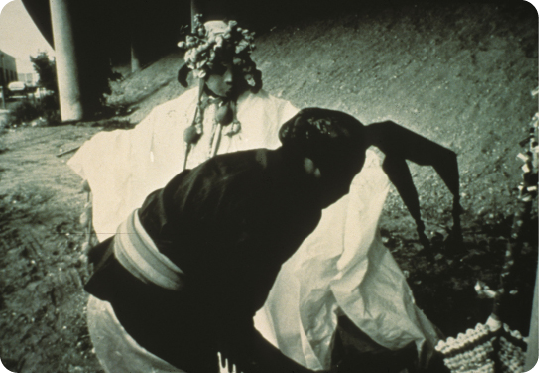 
The chapter #no/thingness of re.act feminism #3 looks into strategies for existing and resisting with(in) the threat of annihilation. Gazing to the end of the world from the unsettling position of apocalyptic prophecies, we might find refuge within the cracks, the breaks, the glitches of the earth. It is from here that we choose to study, to make anew, to keep refusing.

Imagine nothingness as an empty field, a blank page, a starting point and the ultimate ending. A place that exists as the refusal of ‘thingliness’. In such a place, we witness the failure of the subject/object relation. How can ‘I’ relate to no-thing? Here, we slip aside from the binary opposition and move toward someplace else.
We perform…

HV – … an avowed dispossession of subjectivity that refuses to re-state. A dissonance as radical insolvency.1

It is with such an understanding of what Hypatia Vourloumis describes as ‘non-performance’ that Ève Gabriel Chabanon digs into the layers of a communal understanding of labor and identity, moving from a critique of individualism to breaking open the very notion of individuality. In Somatic Communism, they invite us to consider the sociality that inhabits every single individual, retrieving the multiplicity that lingers, in loud and imperceptible frequencies, with(in) the dispossessed subject.

APG – this new molecular relationship made distance and intimacy words
that tangled.
or to say it another way.
we were all close.
beyond close.2

Being ‘beyond close’ is a driving force of Ève Gabriel’s research into fungal matter. Mushrooms grow from and with mycelium, a vast network of fibers that feed on their surrounding – organic, chemical and decaying matter. Through its expanding branches, mycelium cycles energy within and between ecosystems.

ÈGC – Mycelium is a living tissue upon which contexts and identities are woven in relation to one another.

Ève Gabriel chooses to speak through the cyclical life and nurturing process of mycelium to question identity politics and gender definitions. Feeding on worn out clothes recuperated from a house-sharing community, the mushrooms cultivated by Ève Gabriel in Somatic Communism do not abide by the distinction of inside and outside. Their body merges with their environment. Somatic communism – a term borrowed from Paul B. Preciado – points to the interconnectedness of a multiplicity of bodies that compose and continuously alter the (human) body and its individuation. Documenting the steps of the mushrooms’ growth throughout the exhibition period, the work testifies to the inherent plurality of what Chiara Bottici calls ‘transindividuality’.3

An appeal to the body as social body.
A body traversed by multitudes.

If we listen to it, it might sound like an unmastered sonic composition where each sounding body within and around it informs the overall rhythm. With this premise we can no longer ignore the violence of muting the chorus that we are constantly emanating. An imminent, immanent and mutating chorus.

From Ève Gabriel’s mycelium, we continue to expand our net into the algorithmic field laid out by Eden Tinto Collins’ exploration of the void in The Casimir Effect. That refusal of the dispossessed subject, or the dispossession of subjectivity, follows us here, in ‘that place where the void operates’. Quantum field theory recognizes that all fields have fluctuations. And the force known as the Casimir effect is generated by the fluctuations that vibrate within an empty field.

ETC – When two bodies with different infinities are close enough to each other in the void, this space full of virtual particles sets them into a common motion.

The Casimir Effect carries us through a vertiginous vacuum, all the way down to a cabaret basement, in a dream, floating in the bitter waves of an infinite seascape (l’amer). The force of attraction operates at the zero point of gravity, at the zenith of the night. It breathes new life into the tropes of classical tragedy and the archetypical figure of the dark priestess, the pagan sorceress, the revengeful lover, the exile : Medea.

The void re-centers, it seeks magnetic balance. Through the void, Eden imagines other centers to the story of Medea, a character who made her way through myths, tragedies, films and exegesis as an object of desire and fear (in the works of Euripides, Seneca, Apollonius of Rhodes and Pasolini, among others).

ETC – Yes, being an astrocentered woman, a stranger and not a capitalist in a big city isn’t easy.

Singing in a pop techno-house arrangement, Eden twists the power game that places Medea as the irrational, apolitical and magical woman in relation to the politically-driven and strategic Jason who pushes her into exile and triggers her murderous revenge. The Casimir Effect inter-faces the quantic, infinite dimension of love.

Sound floats into cosmic waves as she plays the kora on the beach. Her dress emanates an ‘invisible imprint’ or an aura4 that designer Céline Shen draws from the bride’s trousseau in which women collect their dearest memories into married life. With her mnemonic outfit, gazing at the horizon over the sea, Medea / Eden performs a transformative gesture reminiscent of Senga Nengudi’s Ceremony for Freeway Fets where the artist known for her ephemeral, performance based sculptures with nylon mesh, invoked transformative male/female spirits (1978).

The idea of covering the body with animate layers echoes with the nurturing process of Ève Gabriel’s mycelium cultivation and the performance Integrations in Water (1982) in which the duo Yeni and Nan performs in large transparent water-filled bags dressed in osmotic membranes. Referencing and somehow responding to these gestures present in the react feminism online archive, both artists weave a watery thread of growth, nurture and ‘beyond close’ entanglements.

AC – The pluriverse of the voice is open to disciplinary trespassing and contamination.5

The void awakens our sense of listening as it weaves links that contrast the rational dimension of the grand and masterful discourses that have marked the history of Western philosophy. That kind of thought manifests itself in solipsism, in contrast with the polyphonic chant generated by and in no/thingness.

Stepping aside from the confined frame of the subject, the void becomes an unstable ground full of colliding and shaking forces. By multiplying and amplifying voices, Ève Gabriel Chabanon and Eden Tinto Collins operate that break or breakdown capable of carving out a space for dissonance and fantasy. This move into no/thingness occurs through a refusal that affirms plurality, a leap into the void that invokes renewed connectivities.

It is a gathering of elements-particles-voices. 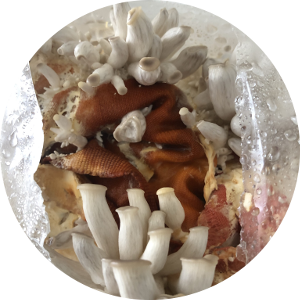 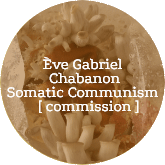 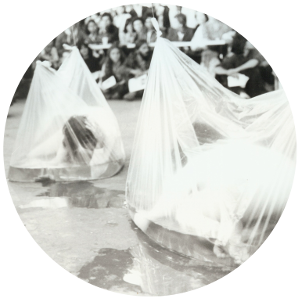 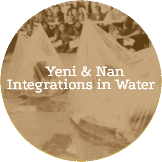 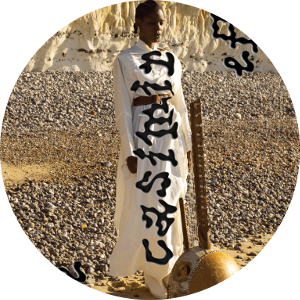 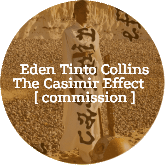 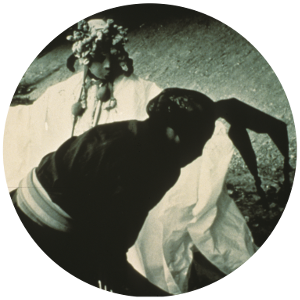 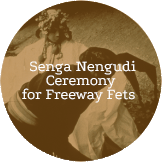